Is the Foursquare/Swarm split that bad?

In case you’ve seen an increase in the number of people you follow on Foursquare and you don’t remember following new people – here’s a possible explanation – all of your Swarm friends have been imported and you are automatically following them.

Nothing unusual so far – the tricky part is that you follow even people who did not accept yet your friend request. Is this wrong? I don’t think so – a friend-friend relationship is something you both need to accept and then you get to see your friends location and other stuff (in Swarm). However a following relationship does not need consent. I’m interested in Dens, I follow him so I can see his public tips and recommendations (in Foursquare).

So even if they removed most of the social layer/check-ins/badges from Foursquare you still get to see social proof from the people you follow in the place profiles. Can you click on those people profiles? No. Can you follow, unfollow? No, unless you specifically go in Settings(?) and choose “Find people to follow”. Probably this interactivity did not make the final sprint and will be released later.

Just wanted to highlight that even the big guys don’t necessarily release perfect apps. You just need to work continuously on your product, prioritise the most important can’t do without features and delay the rest for a future release.

I installed Swarm when it came out and updated both apps as soon as new versions were released and I find myself using Swarm more often that Foursquare, even after the 8.0 release. Probably it’s more justifiable to use Foursquare when travelling to a new city/country. I just needed a personal explanation of why they need to keep separate tables for your connections in both apps.

Do you hate Swarm and the way it changed your Foursquare experience? According to reviews, most Foursquare power users did hate the split when it happened – but now there is a slight increase of positive reviews for Swarm – people are starting to understand how the ecosystem works and some of them realised that they don’t need Swarm – but those who use it find it useful. And yes, it does have an impressive way of knowing where you are. 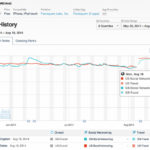 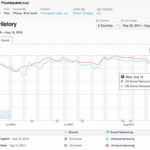 Embrace change, maybe someone put some thought in that new app/layout/functionality and does not have the means to communicate and justify everything. If and only if you are being respected as a user (as opposed to being the merchandise being sold), you need to respect back the startups that develop apps you use for free. It’s common sense.

Disclaimer: I’m part of Getlokal – an early stage start-up that tries to tackle the same problem – how do people find good (for them) places but also another one – how do businesses get in contact with their happy clients and empower them to become their brand evangelists.